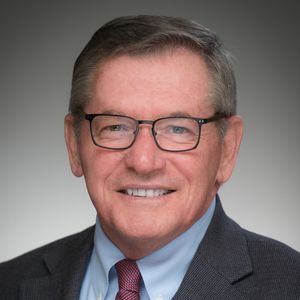 Patrick Gibbons was appointed executive director of academic communications in 2017. In this role, he works closely with faculty, administrators, and staff across campus to enhance Notre Dame’s academic reputation nationally and internationally among its peers as well as with prospective faculty and students. He also advances broader strategic efforts to further relationships with corporate sponsors and government, nonprofit, and philanthropic audiences.

Gibbons came to Notre Dame from The Johns Hopkins University Applied Physics Laboratory (APL), where he was chief communications officer. With approximately 6,000 employees and more than $1 billion in annual revenue, APL is the largest of what are known as University Affiliated Research Centers, a network of independent centers that provide research support to the United States Department of Defense.

Gibbons led the modernization of the lab’s communications program while collaborating with the director and other key executives on everything from the development of Congressional testimony to planning and communications activities surrounding NASA’s New Horizons Pluto flyby and APL’s 75th anniversary celebration. He also served as the lab’s primary spokesperson on corporate issues.

Before APL, Gibbons spent nearly a decade at the nonprofit research institute RTI International. As vice president of public relations and corporate communications from 2010–2013, he directed marketing efforts for both domestic business operations and ongoing projects in more than 75 countries.