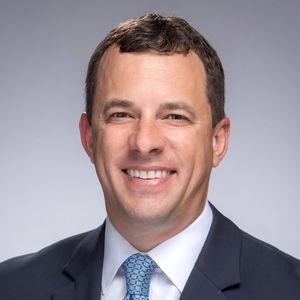 Jim Morrison was named associate provost for strategic initiatives in 2019. In this capacity, he oversees the Moment to See, Courage to Act initiative, which will inform the academy’s strategic planning efforts, along with other initiatives, such as ND Health and LifetimeND. He also acts as the liaison between the Development Office and the Office of the Provost.

Morrison’s appointment as associate provost represented an expansion of his duties as assistant provost for strategic initiatives. During his two years in that role, he worked closely with senior academic leaders to develop and launch the Fitzgerald Institute for Real Estate, IDEA Center, Office of Military and Veterans Affairs, and Inspired Leadership Initiative, among other University-wide academic initiatives.

Prior to his appointment as assistant provost, Morrison served as senior director of academic advancement at Notre Dame. Heading up the Department of Development’s college-based academic advancement team, he collaborated with University leadership to further critical academic priorities and multidisciplinary opportunities.

Morrison has been at Notre Dame since 2013, when he joined the Office of the Provost as senior advisor to the provost. In addition, he has been executive assistant to the chancellor at the University of Tennessee, director of strategic planning at the University of Mississippi, and a management consultant with Huron Consulting in its higher education and health care practice.