Vice President and Senior Associate Provost for Budget and Planning

Vice President and Senior Associate Provost for Budget and Planning 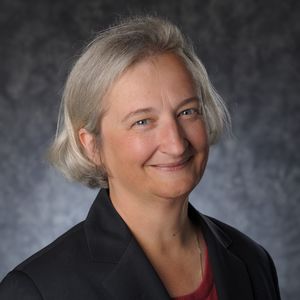 Chris Maziar, formerly provost at the University of Minnesota, is vice president and senior associate provost at the University of Notre Dame. Her major responsibilities include overseeing academic budgeting, serving as the principal data steward for the academy, facilitating all faculty appointments, providing leadership for academic space management, and managing the approval process for changes to Committee on Appointments and Promotions (CAP) documents.

Maziar served as Minnesota’s chief academic officer from July 2002 until stepping down to accept the appointment at Notre Dame. As provost, she was directly responsible for all colleges and academic units on the Twin Cities campus, except those in the Academic Health Center. She also oversaw the University Libraries and the Offices of Information Technologies, Admissions, Student Affairs, and Enrolled Student Services.

Prior to her appointment as provost, Maziar served for four years as vice president for research and dean of the Graduate School at Minnesota with responsibility for an externally funded research program of approximately $500 million and 150 graduate programs serving more than 7,000 students. From 2000 to 2002, she was chair of the graduate deans of the Big Ten Universities, and she chaired the Rhodes Scholarship Selection Committee for Minnesota from 1998 to 2001.

Maziar joined the engineering faculty at the University of Texas in 1987 after earning her bachelor’s, master’s, and doctoral degrees in electrical engineering from Purdue University. At Texas, she developed a reputation as an innovator in the classroom thanks to initiatives such as “On the Edge of the Electronic Frontier: The Technology, Culture, and Politics of the Internet,” an interdisciplinary course she created. She served for three years at Texas as vice provost.

A past recipient of a Presidential Young Investigator Award from the National Science Foundation, Maziar was honored by Purdue in 2000 with its Outstanding Electrical Engineer Award. Her many research interests include developing models and computer simulation tools that describe charge transport in semiconductor device structures, transport phenomena in ultra-small structures, structures under high electric fields, and structures composed of superlattices or novel materials.

Maziar served on the Advisory Council for Graduate Studies and Research at Notre Dame from 2002 to 2004.