Designed to bring extraordinary women from both within and beyond the academy to the Notre Dame campus, the Kathleen Cannon, O.P., Distinguished Lecture Series facilitates visits during which the host unit plans and publicizes a variety of conversations and meetings featuring the guest lecturer. These events can include (but are not limited to) lectures, colloquia, panels, and performances.

The series, formerly known as the Provost’s Distinguished Women Lecturers Program, was renamed in 2017 in honor of Dominican Sister Kathleen Cannon, associate dean in Notre Dame’s College of Science.

Cannon served Notre Dame as an associate provost from 1990–97 and was instrumental in establishing both the University Committee on Women Faculty and Students and Notre Dame’s Early Childhood Development Center. She received her bachelor’s degree in mathematics from Ohio Dominican College, her master’s in religious studies from Providence College, and her doctorate from the Catholic University of America.

*Please note: Funds for the 2020–21 lecture series have been awarded. 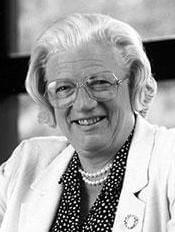 Some 30 scholars, authors, poets, and others visited the Notre Dame campus with support from the Provost’s Distinguished Women Lecturers Program from its inauguration in 2003–04 through the 2016–17 academic year, after which the series was renamed in honor of Dominican Sister Kathleen Cannon.

Below is a year-by-year listing of these visits, with links to read more about the women it has been our privilege to host.

*Note: The titles listed here reflect the lecturers’ positions at the time of their visits and may no longer be current. However, to the extent possible, links to their websites are updated as needed.