Within the next 80 years, the world’s population is expected to top 11 billion, creating a rise in global food demand — and presenting an unavoidable challenge to food production and distribution.

But a new article published in Nature Sustainability describes how the increase in population and the need to feed everyone will also, ultimately, give rise to human infectious disease, a situation the authors of the paper consider “two of the most formidable ecological and public health challenges of the 21st century.” 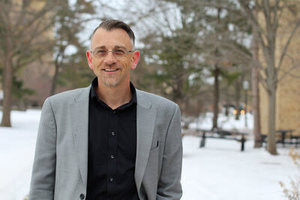 “If we start exploring how increasing population and agriculture will affect human diseases, we can prepare for and mitigate these effects,” said Jason Rohr, the Ludmilla F., Stephen J. and Robert T. Galla College Professor of Biological Sciences at the University of Notre Dame. “We need to anticipate some of the problems that may arise from an explosion of human population in the developing world.”

According to the article, the fastest area of population growth expected by the year 2100 will occur in the developing world where disease control, surveillance and access to health care already face significant challenges. Currently, some estimates suggest that infectious disease accounts for 75 percent of deaths in developing countries in tropical regions. Each year in the United States, an estimated 48 million people suffer from foodborne infections, and foodborne illnesses have been linked to imported food from developing countries — where sanitation and food safety is lacking or poorly enforced. Of that number, 128,000 are hospitalized and approximately 3,000 people each year die from foodborne infection.

As the world’s population grows, the state of rural economies, use of agrochemicals and exploitation of natural resources, among other factors, are poised to further contribute to infectious disease outbreaks. “There are many modern examples where high human contact with farm animals or wild game is a likely cause of new human diseases that have become global pandemics,” such as avian and swine flu, and mad cow disease, Rohr said.

Rohr, who also works as part of Notre Dame’s Environmental Change Initiative and the Eck Institute for Global Health, studies human schistosomiasis, a worm infection transmitted from snails to humans in many tropical and subtropical parts of the world.

Through that research, he has seen firsthand how farming practices can affect disease because the snails thrive in waters with algae that grow prolifically in areas of agricultural runoff containing fertilizer. The primary predators of snails are prawns that migrate to estuaries to breed, but these estuaries often become unreachable because of dams installed to facilitate the irrigation of cropland.

“There is the perfect storm with schistosomiasis: Agriculture has decimated snail predators, irrigation ditches provide more snail habitat, and fertilizer use causes the proliferation of snail food,” he noted. “Agriculture is important for nutrition that can be crucial for combating disease, but the right balance needs to be struck.”

Rohr and collaborators offer several potential solutions to various challenges, such as improving hygiene to combat the overuse of antibiotics to promote the growth of farm animals. They also suggest that farmers add genetic variability to their crops and animals to reduce epidemics caused in part by monocultures and too many closely related animals living in close quarters.

Other solutions include enhancing education and health literacy, which has been documented as a major factor in reducing infections. The researchers also suggest investing in predictive mathematical models that integrate associations between agricultural practices and infectious diseases. These models could forecast risk across spatial scales to facilitate targeting preventive and mitigating measures.

The research was funded by the National Science Foundation, National Institutes of Health, the U.S. Department of Agriculture, U.S. Environmental Protection Agency and the Bill and Melinda Gates Foundation, as well as grants from the University of California, University of Minnesota and the Stanford Global Development and Poverty Initiative.

Originally published by Deanna Csomo McCool at news.nd.edu on July 02, 2019.