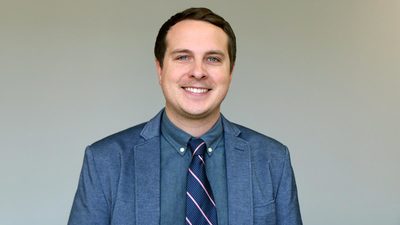 Scandal gone viral has toppled many a leader, and new research shows it may have saved some too.

News and social media seem to thrive on sensationalizing scandal, and prominent CEOs, politicians, world leaders and sports stars often are forced to step down as a result. However, a new study from the University of Notre Dame introduces the role of the “severity gap,” showing that when media or public perceptions of a scandal outpace its actual severity, strong-performing leaders are more likely to keep their jobs.

“How the severity gap influences the effect of top actor performance on outcomes following a violation” is forthcoming in the Strategic Management Journal from John Busenbark, assistant professor of management in Notre Dame’s Mendoza College of Business.

Busenbark, along with co-authors Nathan Marshall, University of Colorado; Brian Miller, Indiana University; and Michael Pfarrer, University of Georgia, studied the performance, dismissal and labor market outcomes of NCAA Division I football and basketball head coaches in the wake of NCAA violations. They used rigorous and multiple econometric techniques to test ideas and reinforce findings.

“Our central finding is that organizations are less likely to dismiss stronger-performing leaders when there is a high severity gap, and this is because internal stakeholders want to protect their organization and its central figures from what they perceive as undue scrutiny,” Busenbark says. “Weaker-performing leaders, however, are apt to get dismissed following a scandal with a larger severity gap. We argue this is because the excess drama from a large severity gap provides insiders with a perfect opportunity to scapegoat leaders they do not perceive as integral to the organization.”

As it relates to the corporate world, the research is the first to demonstrate that there is often a disconnect between the perceived and actual severity of a scandal. Conventional logic would suggest that strong-performing managers would likely get dismissed after a negatively perceived event because insiders, whether other managers or a board of directors, want to distance themselves from a high-profile manager disliked by outsiders. However, the study reveals the opposite.

For instance, Rick Smith — the CEO of Equifax from 2005 until 2017, whom many perceived as a strong performer — was dismissed following an egregious data leakage scandal that received a commensurate amount of social scrutiny (what Busenbark and colleagues consider no severity gap). In contrast, Oscar Munoz — the CEO of United Airlines who was appointed in 2015 and is also perceived as a strong performer — retained his position after a high severity gap violation in which United Airlines was excoriated by conventional and social media following an airport’s forcible removal of a single passenger from a United Airlines flight. These examples, as well as countless others, underscore the importance of the degree to which perceived scrutiny outstrips actual violation severity in determining whether strong-performing top actors are dismissed following a negative event.

John Schnatter, considered a weaker-performing CEO, was fired from Papa John’s last year following a high severity gap violation. Busenbark says the company was on the decline when he was dismissed following some comments that received a great deal of media backlash.

The research has broader implications for society and politics.

“In our current political climate, it is often difficult to find any parallel between the actual severity of a political transgression and the extent to which it resonates with conventional and social media,” Busenbark says. “If media outlets and broader society on social media continually run with and sensationalize stories about politicians that are not actually that damaging, we theorize and find that Republicans and Democrats will circle around their political leaders and protect them to an even greater degree in the event that a more legitimate scandal emerges in the future.” Much like when United Airlines encountered a large severity gap, politicians are often “raked over the coals” for relatively innocuous transgressions, while legitimate controversies sometimes never manifest in the public eye.

The study also finds that strong-performing leaders who are dismissed from their organizations after a scandal are more likely to secure at least an equivalent position elsewhere. However, top leaders do not secure equivalent or better employment elsewhere if dismissed after a high severity gap scandal, likely because outsiders prefer not to be associated with them.

Originally published by Shannon Roddel at news.nd.edu on August 07, 2019.