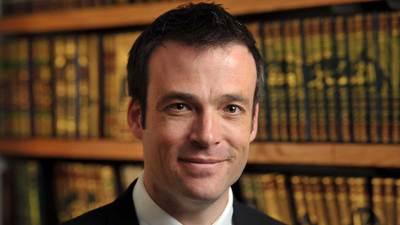 Gabriel Said Reynolds, professor of Islamic studies and theology at the University of Notre Dame, has been appointed by Pope Francis as consultor to the Commission for Religious Relations with Muslims, which is part of the Pontifical Council for Interreligious Dialogue (PCID). The appointment lasts five years, and the commission meets annually in Rome to debrief and advise on the Church’s relations with Muslims.

“I am humbled by the invitation to this commission, which seeks to advance theological understanding and deepen friendships with Muslim believers,” Reynolds said.

Reynolds is an expert in the common themes and content between the Quran and the Bible, as well as the ideas of divine mercy and divine judgment in the Quran. His service in Catholic-Muslim dialogue includes being selected by the Vatican in 2017 to participate in bilateral conversations with 15 Muslim counterparts at Al-Azhar University in preparation for Pope Francis’ historic apostolic visit to Cairo. In 2019, Pope Francis also met with religious leaders in Abu Dhabi at a gathering meant to confront religious extremism and promote peace; this visit marked the first time a pope has visited the Arabian Peninsula.

“In the Vatican II documents Lumen Gentium and Nostra Aetate, the Church emphasizes common bonds with Islam,” Reynolds said. “Popes John Paul II, Benedict XVI and Francis have all reached out in friendship to Muslims and visited the Islamic world.”

Reynolds was awarded a National Endowment for the Humanities fellowship in 2016, and in 2018 he published The Quran and the Bible, which offers a complete translation of the Quran along with Reynolds’ analysis of its relationship to the Bible. Reynolds coordinates the World Religions World Church program in Notre Dame’s Department of Theology.