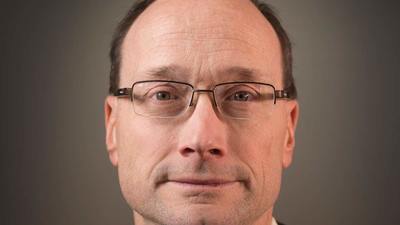 Bertrand Hochwald, the Frank M. Freimann Professor of Electrical Engineering and co-director of Notre Dame’s Wireless Institute, has been named a 2019 National Academy of Inventors (NAI) fellow. He and this year’s other honorees will be inducted into the NAI in April during the group’s ninth annual meeting.

With 47 patents and more than 100 publications in the field of wireless communications, Hochwald has led the practice of wireless communications from a variety of angles in his roles at the Department of Defense, as a distinguished member of the technical staff at Bell Laboratories and as vice president of systems engineering at Beceem Communications. He has invented and co-invented technologies and published research articles that have become mainstays of communication theory and practice, including differential multiple-antenna methods, linear dispersion codes and multi-user precoding methods.

Hochwald, who is also a fellow of the Institute of Electrical and Electronics Engineers, is currently working on high-frequency radio circuits, sixth-generation cellular technologies and methods to reduce human exposure to electromagnetic radiation from cell phones.

The NAI fellows program highlights academic inventors who have “demonstrated a spirit of innovation in creating or facilitating outstanding inventions that have made a tangible impact on quality of life, economic development and the welfare of society.”

Election to NAI fellow is the highest professional distinction accorded solely to academic inventors. To date, NAI fellows hold more than 41,500 U.S. patents, which have generated more than 11,000 licensed technologies and companies and created in excess of 36 million jobs. In addition, more than $1.6 trillion in revenue has been generated as a result of NAI fellow discoveries.