The State of Science

More on The State of Science 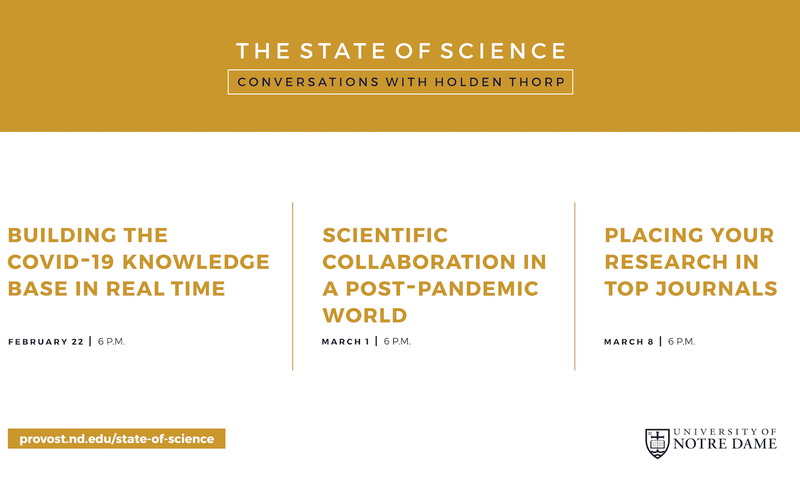 The State of Science

More on The State of Science

The University of Notre Dame seeks to be a preeminent research university with a distinctive Catholic character and an unsurpassed commitment to undergraduate and post-baccalaureate education, aims that provide the foundation for its academic mission.

As the Charles and Jill Fischer Provost, Marie Lynn Miranda is Notre Dame’s chief academic officer and is responsible for the stewardship of this mission, serving as the principal representative of the academy to both internal and external constituencies and leading strategic academic initiatives on behalf of the University. Working with the associate provosts, the vice president for research, the deans, the University librarian, and other academic leaders, she seeks to cultivate a learning community that challenges and engages students, inspires leading research and scholarship, and appreciates all intellectual inquiry as a pursuit of truth.

If you are interested in a postdoctoral position, you can find more listings on the Office for Postdoctoral Scholars website.